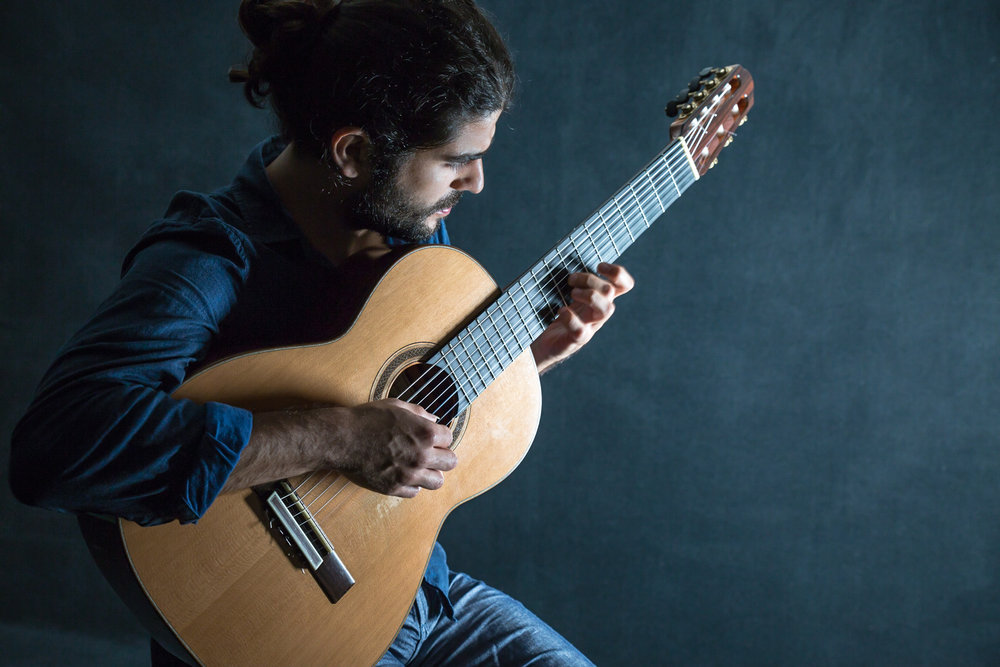 Born in São Paulo (Brazil) José began teaching himself the guitar in Goiânia, where he grew up. His drive and inspiration from such varied sources of music as jazz, classical and world music has led him to live in and travel throughout Argentina, the United States, the Netherlands and France. During these trips, he discovered other accents, new harmonies and forged great musical friendships. In 1999, he formed the duo ‘Duobá guitars’ with Ricardo Mello before leaving for the United States to continue their musical experience. Together they recorded two albums with their original compositions and arrangements: Soundfower in 2001 and Latitude in 2003. In 2005, he released his first solo album, “Violão e Cordas” (Guitar and Strings). Accompanied by Kailin Yong – violin, by Evan Orman – cello and by the Denver string ensemble, he recorded various works by Villa Lobos, Radamés Gnattali and Astor Piazzolla.

Based in Paris since 2005, José obtained his diploma as “Concertist” at the École Normale de musique de Paris in the class of Alberto Ponce in 2008. Following his prize in classical guitar, he joined and formed new Brazilian musical groups in Paris and has performed in France, Russia, Spain, Germany, Belgium, the United States, Brazil and Paraguay. The numerous performances and dedicated commitment to recordings reveal a versatile musician, who is equally at ease performing solo, duo and trio as with ensembles and orchestras. In 2015, he recorded the album «Lilas» with the band Trio in Uno, and in 2019 the album «Ipê» which counts with the participation of cellist Vincent Segal and percussionist James Muller. José has performed alongside renowned musicians such as Yamandu Costa, Paulo Bellinatti, Gabriel Grossi, Eduardo Neves, Nicolas Krassik, Daniel Murray, Desiree Rushtrat, Evan Orman, Ze Luis Nascimento, Daniel Murray amongst others. He has also collaborated with such composers as Sergio Assad and Marco Pereira recording several of their compositions and original creations. Currently, he continues to share his musical passion on stage as well as giving masterclasses in music festivals. He regularly plays solo and with an orchestra as well as performing in groups such as Trio In Uno, Bécots da Lappa, Duo Soyer-Ferreira and Duo in Uno.