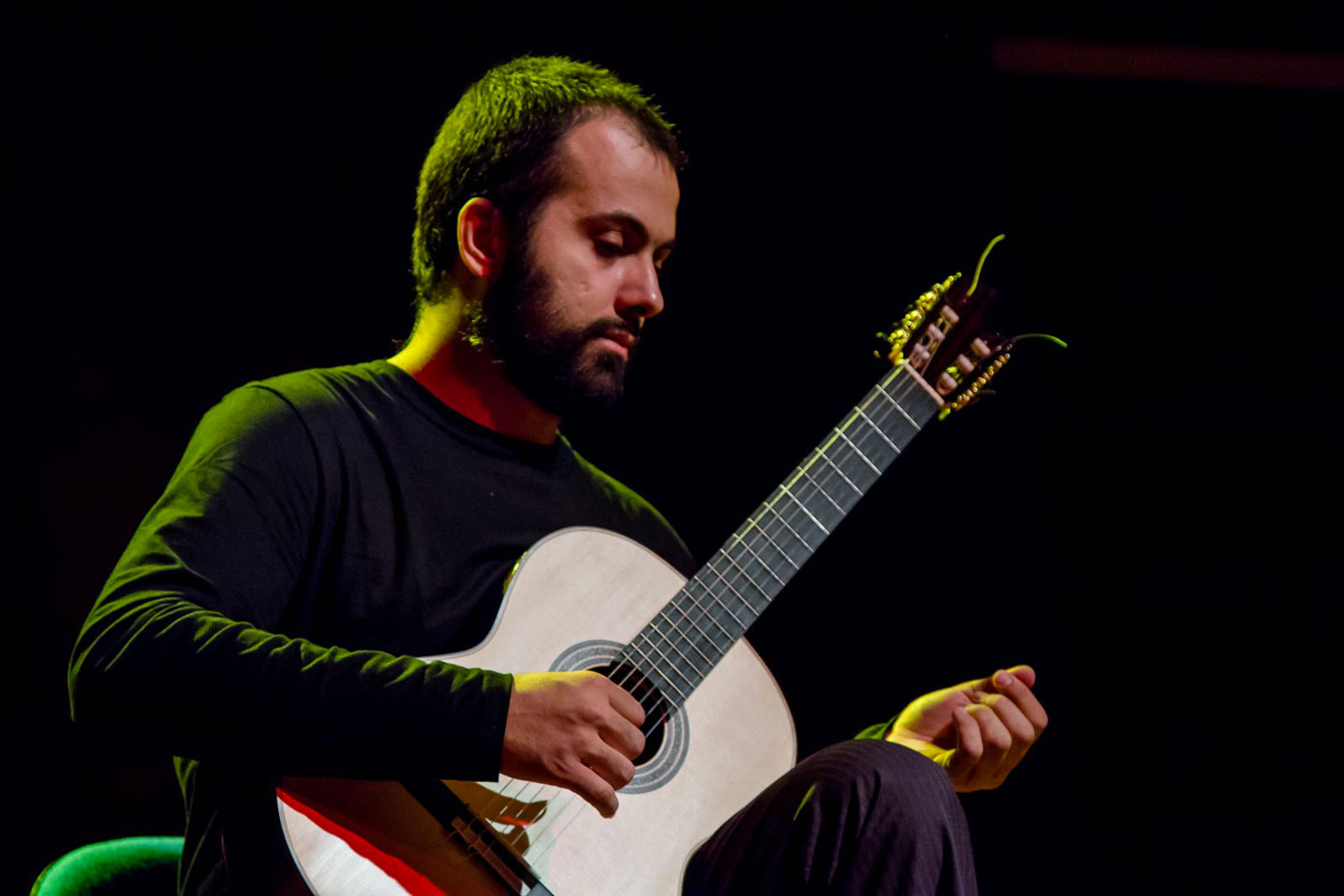 He is the founder and artistic director of the UFMA Guitar Festival, and the artistic consultant for the Teresina International Guitar Festival. He holds a Ph.D. from the federal Government University of Minas Gerais, where he develops research in the teaching of instrument and performance. His teachers were: José Lucena Vaz, Fernado Araújo, Flavio Barbeitas, Fabio Adour and Ricardo Horta.
He has participated in master classes and courses with: Fabio Zanon, Edelton Gloedem, Mario Uloa, Eduardo Meirinhos, Eduardo Isaac, Paul Galbraith, Aliéksey Vianna, Pablo Marques, Rolan Dyens, Pavel Steidl, among others.

In 2000, he worked at the Sertões Opera, integrating the sound of the guitar into a fundamentally orchestral structure, with the Minas Gerais State Symphony Orchestra. He was the winner of the BDMG Young Musician Award 2005 and won the national Villa Lobos 2009 competition.

During his last tour entitled “Landscapes of the Brazilian Guitar”, he played in major concert halls throughout Brazil, in various festivals and two concerts in Germany.