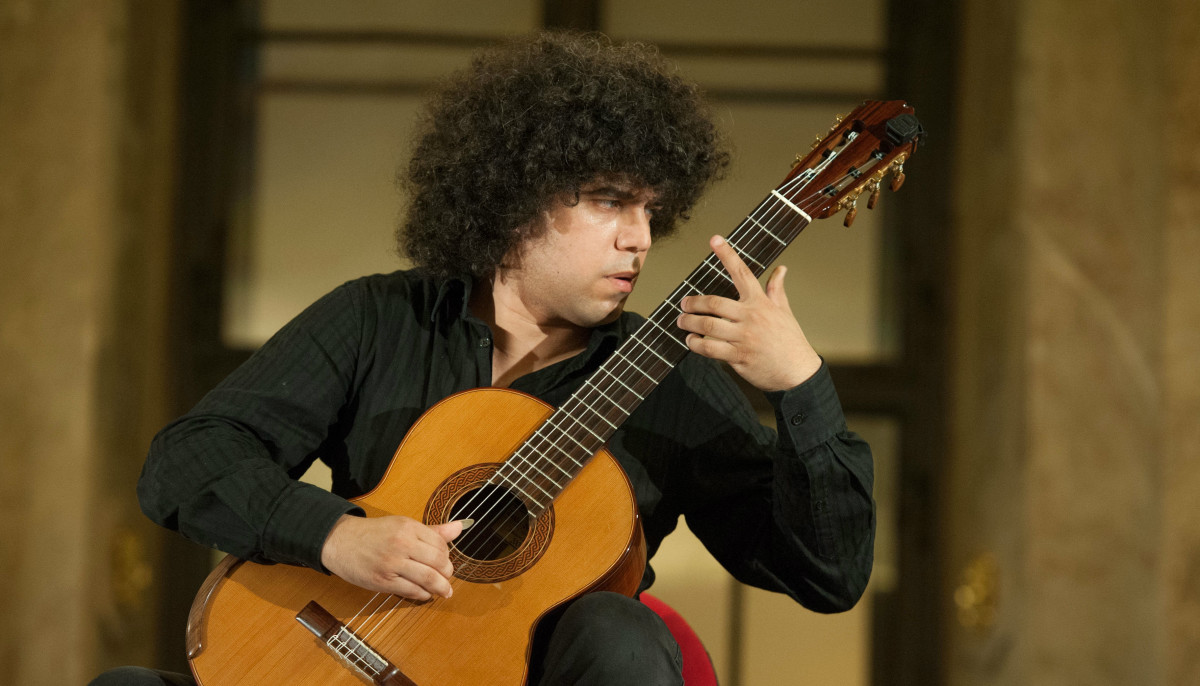 Judicaël Perroy was born in Paris in 1973, and began his guitar studies at the Paris Music Academy at the age of seven. A recognized prodigy by the age of eleven, he played two Vivaldi concertos conducted by André Girard at Le Mans. In 1988, at the National Academy of Aulnay-sous-Bois he received the first prize with honours by unanimous decision. In 1992, at the age of fourteen he also won by unanimous decision both the first prize and the audience prize of the René Bartoli International Competition.

Chosen by the public, he triumphed at the seventh international competition in Bourg-Madame. He graduated as a major from the Conservatoire National Supérieur de Musique de Paris in 1996. In October 1997, he won the Guitar Foundation of America’s International Solo Competition and was awarded with an American tour, with more than sixty concerts.
He has toured internationally and has made many recordings. He teaches at the National Academy of Aulnay-sous-Bois, near Paris and in San Francisco and has performed in duo with French guitarist Jeremy Jouve since 2003 (Paris Guitar Duo).